New Trends for the End 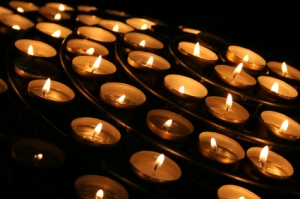 We each have our own unique personalities in life, so it makes sense that those differences would be expressed in the way we choose to go out. And by going out, I mean to the afterlife, ceasing to exist, to the great beyond, passing on, or just plain dead.

The way that we talk about our own mortal end varies greatly depending upon our religion, cultural beliefs, and even career choice. Below are a few examples of how our choices in life, might impact our choices for the end.

If you’re one to plan everything and you like a good party, then you probably have enjoyed planning a few special events. Maybe you threw a graduation party, a surprise birthday party, and in this day and age, possibly a wedding or two. If you’d like the chance, you can plan your funeral party too.

According to a recent New York Magazine article, planning fabulous funerals is becoming all the rage. Elizabeth Meyer, who used to work in design and fashion PR, is now Director of Family Services for Frank E. Campbell Funeral Chapel, which handles funerals for many celebrities. Meyer says, “People get surprisingly into it. They call quite a bit to change details, like what they want to wear or the location of the luncheon after.”

She Wouldn’t Be Caught Dead Without Make-Up

Some women prefer the natural look. Others literally and figuratively would not be caught dead without make-up. If you’re in the London area and are part of the latter group, a collaborative effort between Leverton & Sons, a funeral home, and Illamasqua, a company that brings “ritual beauty to the final act,” might be for you. Their make-up probably won’t suit everyone’s taste, but they have some very positive comments on their blog.

Their blog post announcing the service says, “Illamasqua encourages people to self-express and embrace their alter ego in every way – why should this be any different when you pass away? It is a celebration of life, and one that should be indulged for your last glamorous look.”

For those who are focused on keeping things quick and convenient for their guests, a drive-thru funeral might be preferred. A Los Angeles Times article says that there are a few places in the country offering the service. At least one is in Chicago, another in Louisiana, and one in Southern California.

Peggy Scott Adams, the owner of Robert L. Adams Mortuary in Compton says, “You can come by after work, you don’t need to deal with parking, you can sign the book outside and the family knows that you paid your respects.”

Colleen Morgan, an Archaeology Ph.D. candidate, writes a blog called MiddleSavagery. In a blog post, she writes that after digging up a few people, most archaeologists come up with a burial plan. Morgan mentions the idea of DIY burials that she has read about as a concept that is part of the environmental movement. Given the archaeologist’s unusual relationship to death in the Western world, she wonders if there is a way that they as a profession can do a greater good.

“[C]an we help the people that wish to be buried in an environmentally friendly way while not running afoul of very good local laws that protect water tables and prevent disease? Can we use our knowledge of site depositional processes and decomposition, our understanding of burial practices around the world to help people come to terms with the inevitable? … Is there an activist mortuary archaeology?”

These are some very poignant questions. Archeologists playing a new role in our understanding of present death instead of in a historical context. These are some revolutionary words indeed.

AfterSteps is an online end-of-life planning platform with educational resources and tools to create your plan, store it, and transfer it to your designated beneficiaries.
View all posts by AfterSteps →
This entry was posted in Funerals. Bookmark the permalink.